This stunning indica plant will grow short and bushy and the buds of this Afghan Kush strain are very dense and covered in a fair amount of trichomes.

Afghan Kush is an almost 100% Indica strain that naturally grows in the Hindu Kush mountain range. Grown in Afghanistan for centuries, the Afghan Kush strain is an original indica land race strain. She was originally collected and made available in seed form by Sensi Seeds in Amsterdam. Due to its extreme durability and exceptional genetics, it has been widely used to stabilize and compliment many of the top hybrid strains around today. This all indica Afghan kush variety was traditionally used in hashish production. It is also held in high regard for its medicinal flowers, with its large, resinous buds.

Afghan Kush Strain has a very strong earthy, hash like aroma with a hint of Spice and Pine to add a unique twist. When smoked, it has a wonderful hash taste like its smell with a peppery aftertaste.

This stunning indica plant will grow short and bushy and the buds of this Afghan Kush strain are very dense and covered in a fair amount of trichomes. The Afghan Kush plant has the familiar broad leaves of other Indicas.

Because this strain is 100% Indica, it affects the body much more than it does the brain, which can result in a heavy feeling of laziness or sleepiness. It is also described as a very euphoric strain that causes users to feel very happy. Many users report feeling hungry after ingesting it. Several users have expressed caution regarding its intake. Receiving more than a few hits can result in an overwhelming feeling of lethargy, making it difficult to move. The strain’s negative effects include the usual dry mouth and eyes, occasional paranoia, and dizziness. A few people reported having headaches after using Afghani Kush.

Due to the heavy Indica effects, Afghani Kush is most often used as a night time medication for insomnia. It is also used to help people cope with stress and anxiety. People who have eating disorders, like anorexia, use it because of it’s effect on appetite. Thanks to its heavy body high, it is an ideal strain for pain relief, bringing relaxation to users with chronic pain.

Traditionally, Afghan Kush Seeds produced flowers that were harvested to produce a very potent hash. Due to the sturdy and stable nature of this ancient strain, it is recommended for amateur growers as it is capable of withstanding adverse conditions better than most cannabis strains. It is resistant to disease and molds also. Because of its natural hardiness, feminized Afghan Kush seeds can be grown both indoors and out. The strain flowers for seven to eight weeks and is ready for harvest in October when grown outside. Being an Indica, short Afghan Kush plants grow wide, filling out rather than up. Afghan Kush cannabis seeds produce a well-grown plant that can yield 400 grams per square meter inside or between 500 to 600 grams outside. Buy Afghan Kush seeds today! 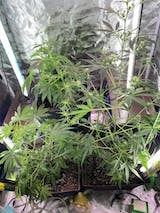 I purchased 5 Hindu Kush seeds a while back and waited until spring to germinate. Germinated and planted and now we are about 3-4 weeks in and I must say the girls are looking super happy and healthy. Definitely please with my purchase.
Shipping was fast. I recommend these seeds and this company. Thanks! 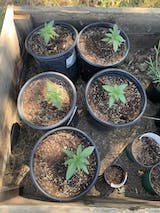 One of the easiest strains I've grown. Just got back into growing wanted something strong and resilant. It's recovered from one small disease and is doing great. Only germinated 1 of 3 purchased. Other 2 being saved for next season. 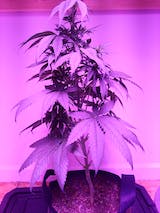 First time growing. Just 40 days from seed. From everything I've read I would say this plant is doing phenomenal. This is an autoflowering variety. Very happy with the results so far, definitely like the Autoflower seed. 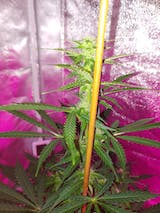 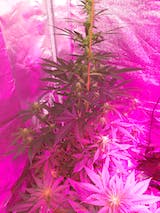 I would love to comment however we have not used them. Living in Ontario and planting outside, I wouldn’t be able to honestly comment until oct 2020....but with the comments you posted about the product, I am looking forward to the outcome!

Have a great day!
Thank you 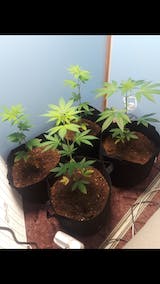 Just got them and wanted to say THANK YOU SEED KING!!!