Hindu Kush is 100% pure indica all the way. Not many strains can match the incredible resin production of this historically celebrated landrace indica. The original genetics come from the Kush mountain range which, stretches from central Afghanistan into northern Pakistan. For centuries, the cannabis grown in this region was used for hash production and spread throughout the Middle East. During the 1950s and 60s travelers along the famed “Hippy Trail” collected Kush seeds and brought them back home to propagate. Today, Hindu Kush makes up the backbone of many popular potent strains.

Our Hindu Kush reigns from Chitral the highest point of the Kush mountain range known as “the roof of the world.” The Chitral region is located 25,289ft above sea level and is home to the ultimate Super Kush! Some miraculous medical properties exist in our Hindu Kushfrom Chitral. Maybe it’s the high altitude but she is of utmost medical value for those suffering from pain & or insomnia.

Hindu Kush is known for its highly resinous buds that are sticky and ideal for great hash making. Hindu Kush has dark green leaves that often turn purple when flowering. The calyxes are densely packed, and oozing with potent THC and CBD rich goodness. The THC content is 22% with a CBD/CBN of .1%.

Hindu Kush has a strong and sweet sandalwood aroma with piney and exotic spice qualities. The smoke is creamy and full of floral hash flavors. Some citrus and mossy flavors are also common.

The Hindu Kush strain is known for its slow-building and narcotic high that causes a warm and rubbery body numbing sensation. Physically relaxing and great for managing pain as well as nausea and insomnia. Hindu Kush is very effective at producing a soothing and sleepy body high.

Her ability to alleviate pain and induce sleep is remarkable & a true remedy for those who can’t sleep & suffer from pain. She is short squat and packed with resin! With an unmistakable taste and aroma, Hindu Kush Strain is an extremely stable and resilient plant, Hindu Kush Seeds are another medical marvel.

Hindu Kush plants grow short and stocky with lots of lateral branches and wide fan leaves. The plants do well with cooler temperatures but, high humidity can become an issue. Try to keep a dry and well-ventilated area much like you’d expect up in the mountains. Sea of Green method works well for growing Hindu Kush. The plants are easy to grow and will finish flowering in 7-9 weeks indoors with a yield of 14oz/m2. Outdoor Kush plants finish in late September and produce a harvest of 16oz/plant.

My Hindu Kush Plant is 4 months old and is 62 inches high and is now in 12:12 and is already showing signs of buding 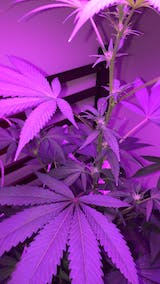 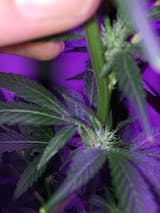 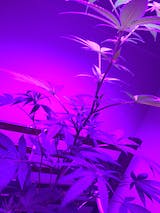 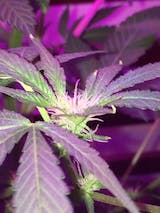 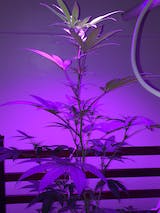 Got my seeds in 3 days. Took 1 and sprouted it in 3 days. Now she's 6 weeks old and I've got 3 cuttings. From one come many! And I still have 4 seeds for next spring!

So far all is good, very nice looking baby. Thank You

Finally able to legally grow here. I bought an indoor greenhouse tent for my girls. Germinated 2 seeds and within 48 hours they were ready to plant. Very hardy plants. 2-3 more weeks and I will send them into their flowering stage of life. Nice looking plants. Bushy and ready to begin trimming. Highly recommend for the 1st time grower. Can't wait until my girls begin to flower.

Received the HK seeds with in ten days I immediately placed two of the seeds in water the next day I moved them to a damp paper towel two days later I planted them cococur. The seeds are growing well they are a dark green color can't wait until harvest.

Tropical and spicy taste of the land of Pakistan ,taste of curry lol