This FAST version of the Northern Lights #5 will flower a few weeks quicker than the original NL#5, indoor and out. This is especially helpful for those who live in a northern climate, as your buds will be ready for harvest well before the first frost arrives.

Northern Lights #5 Strain distinctly shows its Afghani indica genetic background; it is a small plant that produces, big highly resinous flowers. Although it was initially developed for indoor growers excellent results have been produced indoors and outdoors.

These seeds are great. Make growing easy. I planted two in a 15” pot. I have been using LST method on them and they are doing great. They where planted on 2/27/20. 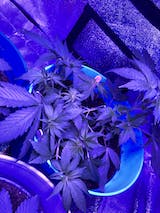 A shorter stout plant with a great aroma as it begins flowering...

B
B.W.
starting to flower

3 out of 5 lived but that was because spring was very cold so that's all good, still well worth it. these plants are so thick and full of resinous buds. ill post a picture in a few days of the plants.

Northern lights fast
I picked this straighn cause it's a classic. Tall plant sofar 6ft and growing still high yelding smells great with purple highlights through out the stock what else could you want in a queen . I'm very happy how fast there growing I couldn't ask for much more in a plant .. (well maby more seeds )
When it's harvest time I'll be back to add on to this review. Thanks king 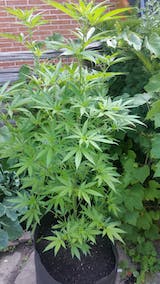